Graciella & I made the trip down for her game against CDO. They played a hard game but lost in the end 3-1. Same score as the last time they played them! Our stand in coach had to have emergency knee surgery that am too! We wish you the best Coach Tara!

Melina & her bf came to watch and we hung out w/them afterwards. Melina took us to a Thrift store for Graciella's Wax Musuem outfit. SCORE! Even the boots we found! And thanks to Miss Ana, for giving G a bag of clothes she may be able to use. She was able to use a white button down! Thx so much!! By the time we left there, we were all starving & Min (meen) took us to Beyond Bread. It's only in Tucson, but it's kind of like Paradise Bakery but more expensive. 1.5 sandwiches, 2 soups & 2 drinks & $29 later! Wow! Afterwards, we went to a park by Min's casa to take Mr. Tucker Max for a walk. He's a sniffer at heart so he had to stay on the leash. Ha! We did see a cute Malti-poo mix. Too cute! She went by Sunshine. (sounds like a stripper name, if you ask me! LOL) Another cute puppy we saw was a Pitbull/ Sharpae mix. Hmm. Wouldn't want to be around that dog when it's an adult. But the puppy was TOO cute. His name was Dallas. Huge muzzle & paws too! Me & Min got to catch up which BTW, was nice! I missed you Min! Graciella & Patrick played around w/the soccer ball. She had fun too. Thx Mr. P! =) 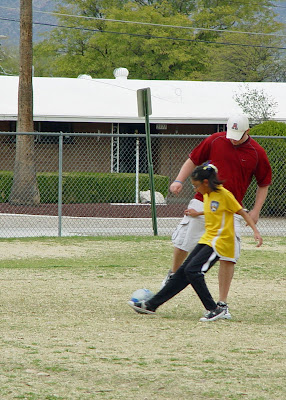 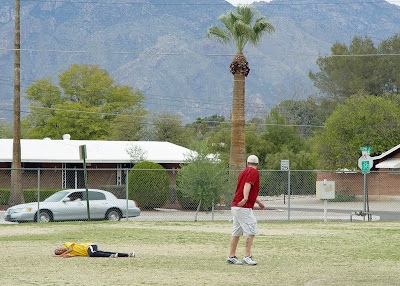 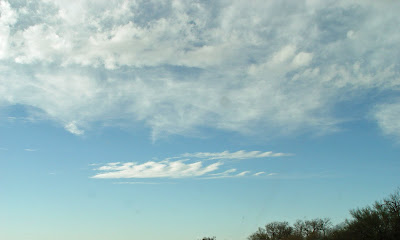 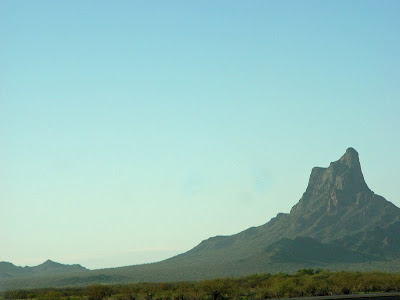 Love clouds pix, don't ask me why.?? Also, don't ask who took the pix! Needless to say, Graciella took a nap the entire way home. I'm glad too bcuz she needed it! Alana came over too to cut us girls' hair! We were WAY overdue for that! Thx Alana! Oh yeah! Lele & Antonia stayed local for games & both teams won! Way to go girls!! xo