Today was a good day. Graciella's friend from her club team came over to hang out, then girls & I went to watch a mens' MLS game over at ASU w/ Graciella's AZSC coach & a few teammates. The only thing was a few of us thought we were going to a women's game! The girls saw that one of their coaches from club was playing on the team. Another player, Mike came over to see Coach Beny. The girls got to meet him too! Afterwards, they hurried over to the player's side, skipped standing in line behind all the other kids & walked right in the gate as Joel was calling them over. So cool for the girls. They were happier than ever and at that point in time, VIP came into play. (Actually, VIP was said to someone as we walked on the field to watch the game earlier.) The girls thought this was the best thing ever, not only did they get in the gate but hung around longer too! Long enough to get autographs & more pix. They left happy campers! (I also ran into some friends. Antonia's Godfather. It's been a while Troy & Mia! xo) 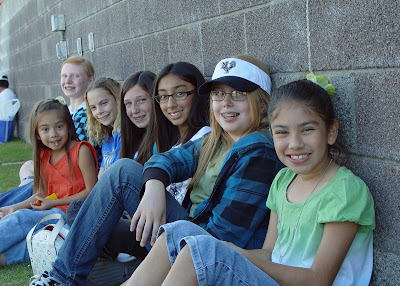 (LtoR) Taylor, Lele, McKenna, Brenna, Graciella, Kaitlyn & Antonia
(can you tell which ones are mine? All 3 of the dark haired girls, & G has the glasses!) 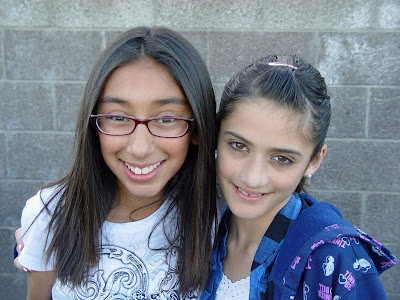 Graciella (L) & Kaylee, her old teammate from Legacy! I must say,
I love Graciella in this photo. She's looks like a big girl! =( 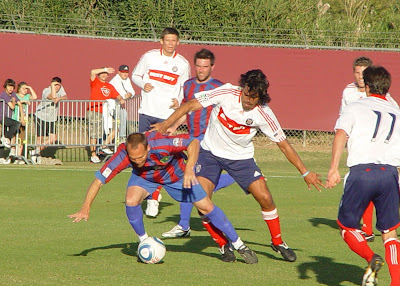 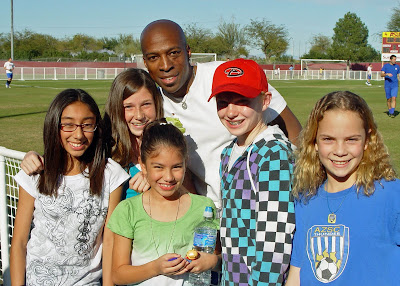 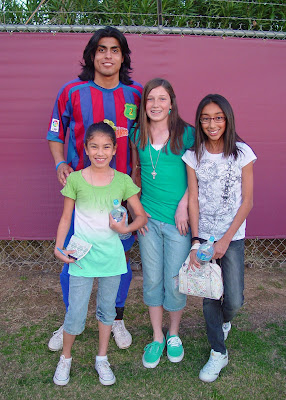 Joel (girls conditioning coach)
Antonia, Brenna & Graciella
Thx guys! The girls appreciate you taking time for pix & autographs. The girls kept saying "you're famous!" =) What would they think if they ever met someone they see on TV everyday or the movies?
Is anyone else watching these Olympic skaters? Is falling a requirement or what?! Years ago, you never saw this & if so, it only happened once or twice. NOT every other routine! It's fustrating to watch. The snowboarders downhill race was pretty cool to watch though.