Hectic day, I tell ya! Girls had school & got out at 4pm. Teams needed to sign in by 515pm at park for Turkey Bowl. We had to bundle all the girls up bcuz as soon as the sun goes down? It gets real chilly! The girls had an hour of practice before they could come watch me play!

We had 7 moms from our 98 Blue Girls' team & 3 from 99 Girls Blue. Thx for that! The subs worked to our advantage! Whoohoo! Chatty Chicks whooped some ***! =) Don't get me wrong, the competition was tough! 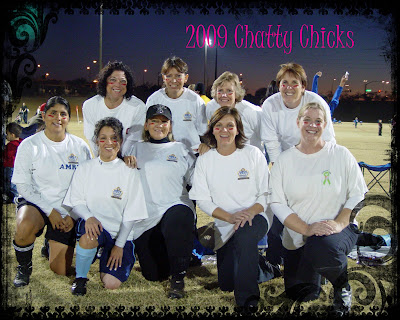 The first game vs Crazy Chicas, was rough. They played like it was a football game! But we pulled it out & beat 'em! Some players during the game, had some not-so-nice words & rough-Ness to share! 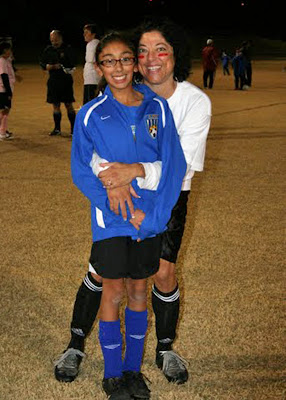 Second game: we won! Third game: we won! Championship game: Chatty Chicks vs Crazy Chicas. We tied 0-0. We were playing for Gold! This put us into a 5 min OT game.  Tied again. Next step? Penalty kicks. We went one for one. We'd miss. They miss. We made one. They did same. I made my 2 PK's! Woot-woot! This went on & the entire club was cheering! It was great! We had a blast! 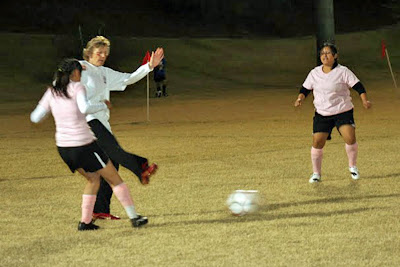 (over the weeks & weeks of practice, I've met me some new 'pink' friends!) 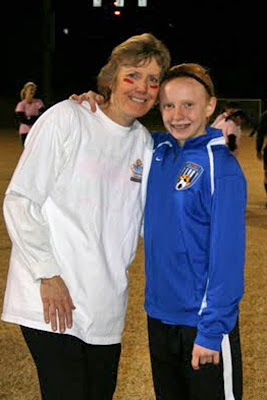 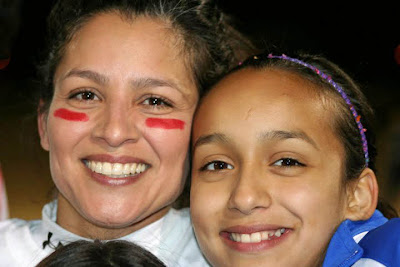 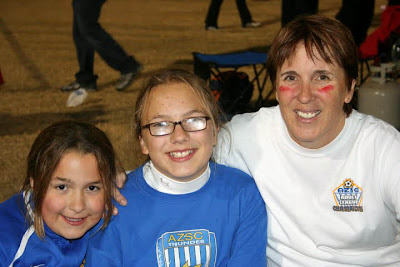 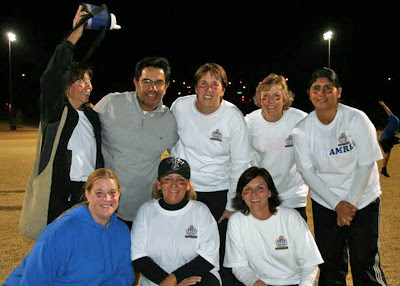 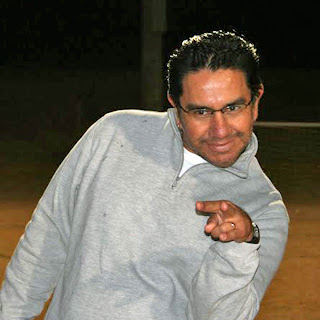 Coach Carlos: yeah, he does this thing sometimes... nevermind 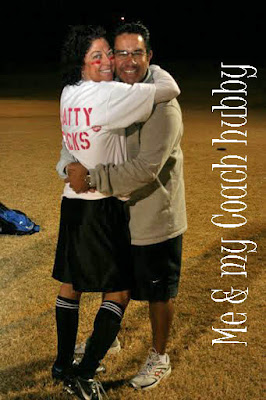 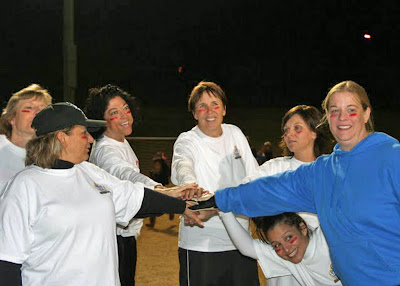 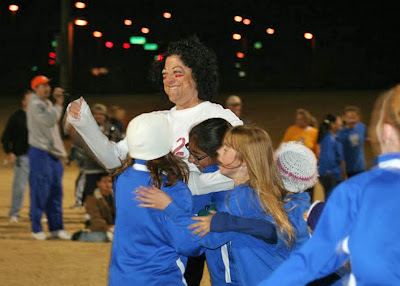 My PKs =) Graciella was the first one tackle me! 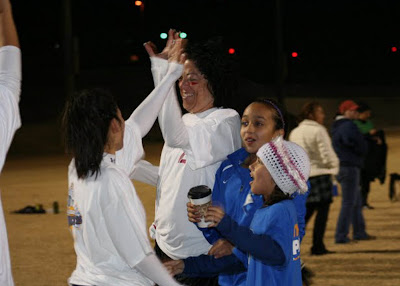 (My Antonia is in the white hat!) 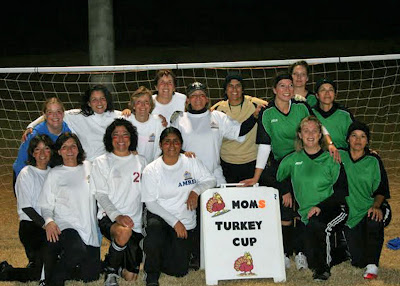 I couldn't take pix & Carlos coached our team! He did an awesome job too! Thx daddy! =)  Barb was able to take photos & shared them w/me! THX Barb! I would of been heart broken if I didn't have any pix to share! How often is it when us moms get to play in a tournament? 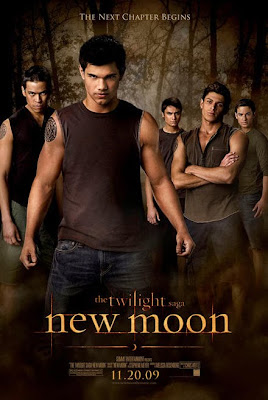 Next on my agenda for the nite, was the 1220am show!  Carrie & I met Miss Shea B & Denise at the theater. (after I got home from Turkey Bowl, showered & hurried out the door!) I picked up Carrie & we drove to wrong theater! Woman told us they didn't have a 1220am showing! Ahh--!! We ran back to the car & drove up the street to the movie, calling Shea on the way! Lucky for us, she answered & told us where to park! As soon as we pulled around back, the line was moving! I told Carrie, jump out & find Shealynn! Ha! We both never met her! =) I ran, hopped up on a cement planter deal, called her cell & just like that, a girl walking past us had her phone ringing! Whew! It was her! THX SO MUCH SHEALYNN!! Liked the movie a bunch, just not the screaming teens. haha! Yeah, Jacob looked cute & all w/his abs of steel but screaming? He doesn't even know you're alive. Is that too harsh?

Hey Julie! So excited to be ornament buddies! Here is my email amyholgersen@hotmail.com so we can exchange addresses.

Look forward to hearing back from you! Hope you have a wonderful Turkey Day!

Way to go Chama! Kicking butte in soccer! Liked the movie myself could do without the screaming.....to funny!

It's really nice to see how different people live in different parts of the world. It looks like you guys had a lot of fun.

i love it! you looked FIERCE, child! good for YOU!