Tournament started lastnite for Graciella. They lost 1-0. Field ref didn't look at his line judge holding up his flag for off-sides & other team scored! Only bcuz that team kicked the ball OUT of the goalie's hands! Hello?! It wasn't even that the girl 'ran thru it', she kicked the ball out of her hands. This all happened when we had about 2-3 mins left. =(

Check out this sunset! In all the yrs I've lived in AZ, I've never seen the sky so red!!
IRL the colors were AMAZING!! 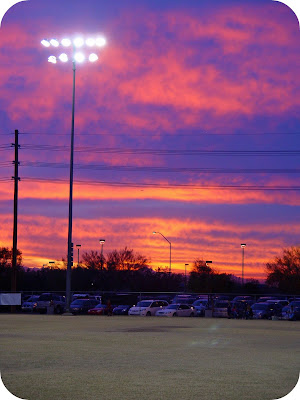 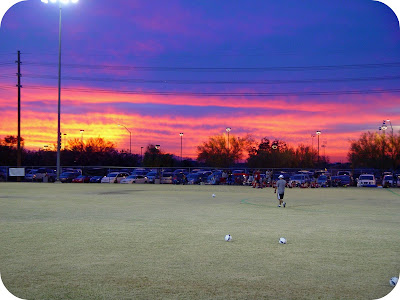 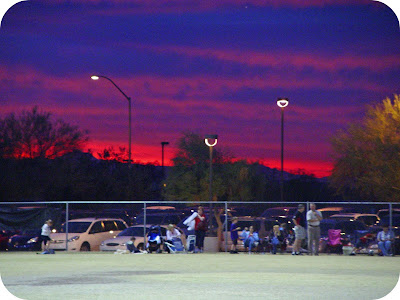 Today 8am:
Leleanna's team: Thunderbolts won 7-4. She scored two. She played goalie for a full quarter & NO goals scored on her! whoohoo mama!!

Antonia's team: 01 Gold won 3-1 against girls a yr older & their Gold team! They had to play up a bracket bcuz there were no 01's. Antonia scored a goal when I was watching Graciella's game! Ugh! I was going back & forth between the two! She thought it was a PK but it was a foul bcuz a girl hit Ellie & Antonia took the kick. Well, this is how it went down... Antonia kicked it OVER the wall of girls standing in front of the goal & it went in like that! Whoohoo mama! So mad I missed that one!! 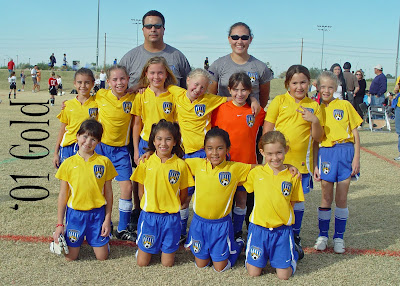 Check theis YouTube video out! OMG! How horrible is this girl?! Have you seen it? BYU vs New Mexico women's soccer

those are amazing sunsets!!

WOW! Beautiful pics of the sunset!
I love the team pic too! Cuties!