Well, Michael & his family did anyway! (That's where they're from but it's also the butler on Days!) They came over on Sunday & we had carne asada on the grill - yummy! Their girls & ours got along so well, they didn't want to leave each other when it was time to go. It was great to spend time w/Yaneth too. If she can learn to speak English, I had better learn more Spanish asap!! Mike & Carlos played the Wii & Mike did that w/a bottle in his hands while trying a 2 handed back swing! They came w/us to dance (what a fiasco dealing w/the teacher & video tape!) J-O-K-E! Anyway, we ate Pei Wei *Thx Mike!* Yummy... we all talked some more. Hopefully, this fall we can visit them in NV. The girls would love that! & We all could use the time away! 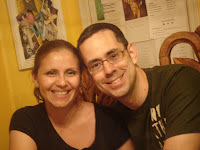 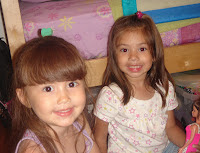