Saturday nite, while putting up our lites on the house, we got the call. Coach David asked the girls to play the next morning in a 3v3 tournament. They were all over it! However, bcuz I didn't see the first email, Graciella had to play as a sub in the last game! Sorry mama! Antonia did get to play though but w/girls 2 yrs older!

It's a small world we keep finding out! On the way the tournament, Carlos & I both get texts from another Thunder club mom we know. "behind you" Can you say stalker! haha! It's pretty hard to miss our black bus w/yellow & blue writing across all the back windows! And NOT many girls have the name Graciella. =)

Antonia played in so many games, I'm thinking 4 or 5. The first game, she said she was a little nervous but by the afternoon, she was getting mad & making a difference! These 10 yr olds, were of course bigger than her, except one. All these girls too, played dirty. Why can't these coaches teach skills rather than the proper way to pull a girl down by her jersey or lay into her & hope no one's watching! Antonia ate dirt twice. That's a first for her! And if you seen her play, she's tough & pushes her way around the field if needed too! One game she did get upset though. I think it was a combo of her dad coaching that game & these girls constantly playing rough! She said it was the girls but... 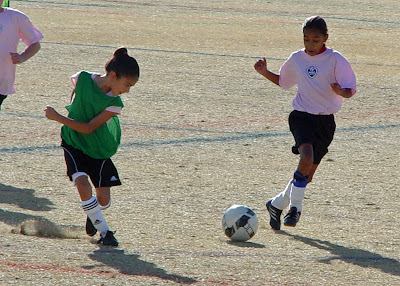 I like this shot bcuz Antonia (in green) just kicked the ball & you can see the dirt coming up right behind her! 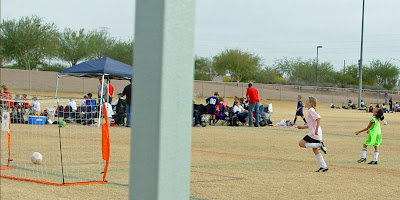 This time, in lime green, she just took a shot on goal & just missed it! See the disgust?! UGH! =) 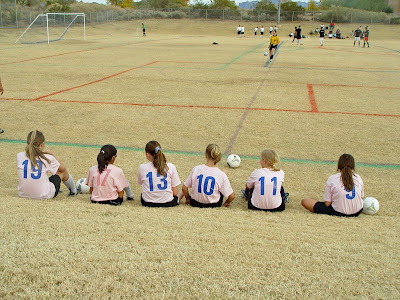 Graciella is odd man out *17* playing w/99s that day. Waiting for game to start back up. 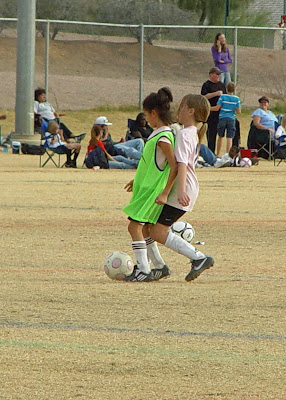 What is this girl trying to do? I'm thinking, unless Antonia just got right in between her & the ball! Agressive I tell you! Go mama! 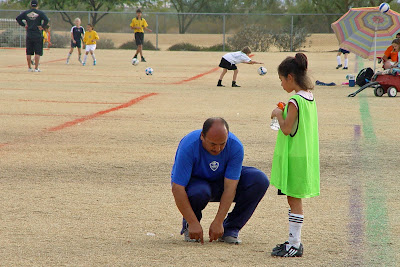 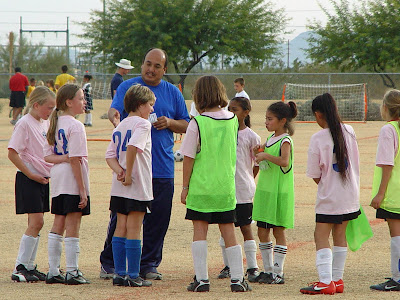 Game over & can you see how little Antonia is compared to the other girls? 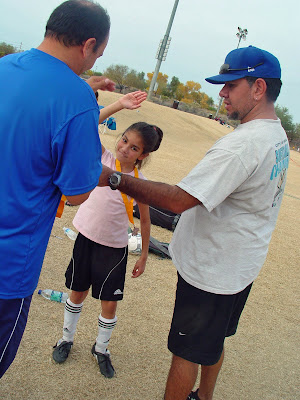 Coach David & daddy were giving out medals for tournament. Carlos coached a few games, I don't think Antonia liked that too much! 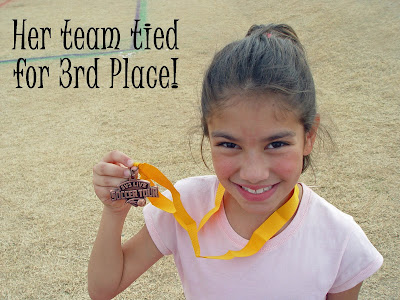 She looked like she got some sun, even WITH sunscreen in December! Hello?! 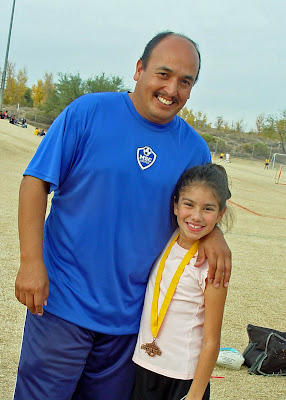 Thx Coach David for the invite for both girls! Antonia had a B-L-A-S-T!!