NO subs but Graciella & the rest of her team pushed themselves to the end! We are SO proud of the ENTIRE team! Whoohoo! They beat Sereno South that had 4 subs in this heat! Final score was 1-0. I had goosebumps as I saw Bella make an awesome pass to Morgan, she in turn dribbled the ball around the goalie who had came out of the goal & crossed it & scored!! Wow. A-mazing. The girls today? Played a-mazing. You could see they played thier hearts out. By the end of the game, they were tired but they pushed & were rewarded. The whistle blew to mark the end of the game & I had tears in my eyes. A-mazing. The girls were happy & jumping up and down. All of us parents jumped up to the sideline & were screaming for our girls. Each girl put forth 125% today & it showed! Way to go 98 Blue!!

**the reason for my tears, I wanted so bad for the girls to win bcuz 1) they were up against a good team 2) a few of the girls were from Graciella's old club 3) to prove to the girls they are GREAT players & they can hold thier own even w/out every player present! 4) they truly played an AMAZING game. =) 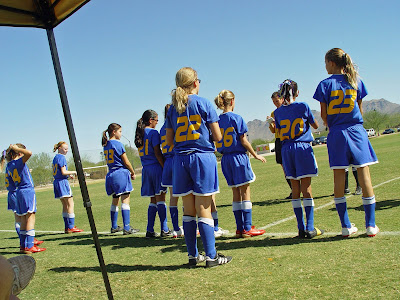 Graciella is #20. Isn't she tiny compared to her teammates? 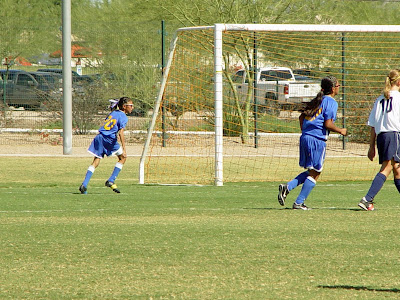 Again, Graciella is a peanut! But she's fast & she's got moves! 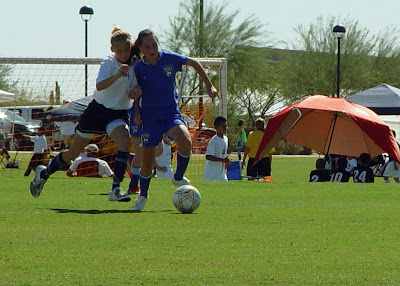 I like this photo of Brianna (Breezy) in the blue! This other team only got called a few times for pushing. That's okay though, bcuz our girls handed it right back!! 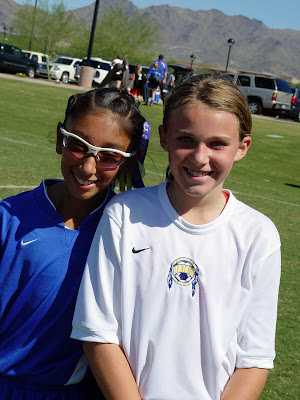 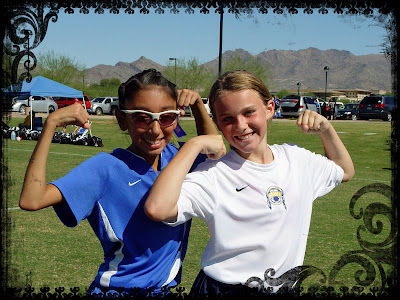 Leleanna had a game at 10am in Gilbert (Graciella had to be in Scottsdale by 10am for an 11am game!) Daddy coached & Thunderbolts lost but Lele scored the only goal! She took the ball away from a boy & scored! That's my mama! Antonia didn't have a game today. Yay.

Back to school on Tuesday! Is everyone ready? My girls had off since Oct. 2nd, that's 2 wks & a day! They loved it! They still had soccer 3 times a wk though plus games! It's still so HOT out now. 100 degrees to be exact! Whew! I just went outside to turn out Halloween lites on & UGH! Can we get a break w/this heat! We still have the a/c on too! If not, we'd melt for sure!